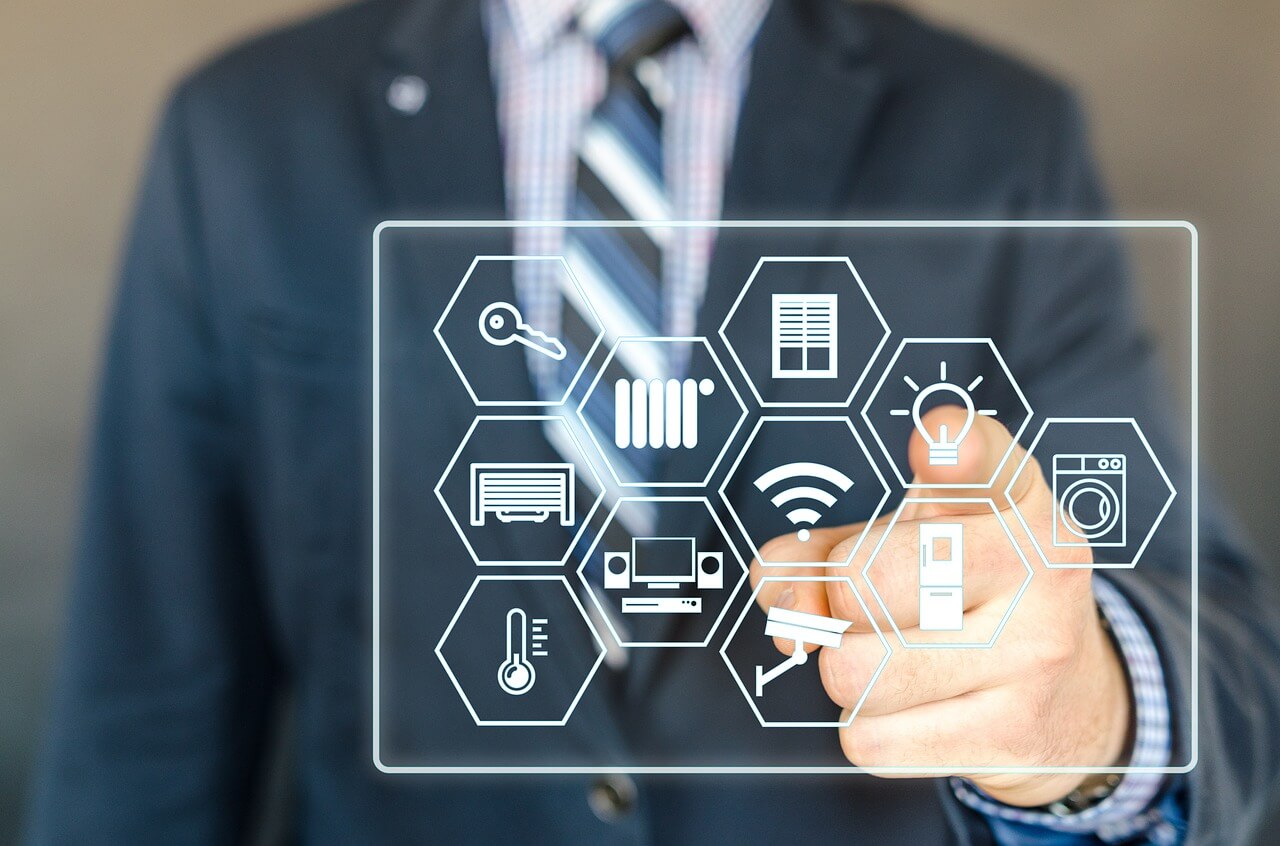 These days you hear the phrase ‘smart home’ and ‘smart devices’ mentioned all the time, quite often you’ll see people advertising ‘smart’ installation alongside other services such as an electrician, but do you need this and is it worth paying for?

The history of smart homes

Firstly let’s take a look at what can be defined as a ‘smart home’. Smart homes have been around a lot longer than most people realise. As early as the mid 70’s systems existed that, while basic compared to current technology, fulfilled a lot of the functions that the current generation of equipment does.

At its core, a smart home is a home that makes use of home automation technology to manage systems in the home such as lighting, heating, entertainment and access among others. Historically until the last few years, setting your home up in this way has been primarily the preserve of dedicated hardwired home automation systems that were installed and maintained by specialist installers and companies.

Due to the cost and often propriety nature of these systems, they never really took off in a massive way as the stated benefits offered never offset the considerable cost.

Things have started to change in recent years however, with the introduction of voice activated virtual assistants, initially via smart phone such as Apples Siri, and later with the vast amount of apps that became available, began to familiarise the general public with how easy using technology in their daily lives could be.

This led to a natural progression from initial relatively simple functions, such as being able to play music on demand from your household stereo via your phone, to rapidly evolving smart eco systems with home virtual assistants, such as Amazon Alexa acting as a hub for a vast range of smart peripheries.

There are several hurdles still to be overcome before the technology becomes prevalent everywhere. The first and one of the most obvious is that this is still an emerging technology with different companies using different forms of integration for their devices. Customers risk being left with a very expensive smart home system that functions no different to a conventional home, if the company they brought it from no longer supports the technology and it becomes abandonware (computer software that is no longer distributed or supported by the developer or copyright holder). Equally it can be tricky to identify what equipment works with what product and the risk and hassle of purchasing a piece of equipment that isn’t compatible is putting people off committing to smart homes.

The second hurdle that needs to be overcome is people’s fear of new technology. The tabloid press delight in stories along the lines of ‘Smart teddies used to spy on children’ and this combined with a general resistance to change amongst some sectors of society, can cause the uptake to be slower than otherwise. Legitimate concerns about the vulnerability of such devices to hacking have also led to businesses being reluctant to employ the new generation of technology. Where smart technology is used by businesses, it tends to be purchased and installed from/by a specialist in whatever area it is that the business has decided to invest its money.

Finally, probably the biggest and least predictable hurdle to overcome is as it currently stands, there is no ‘killer app’.

What do we mean by ‘killer app’? Oxford Dictionary states it is ‘a feature, function, or application of a new technology or product which is presented as virtually indispensable or much superior to rival products.’

At the moment although there is a range of smart home assistants that all offer ‘different’ advantages over one another (see Apples home pod for superior sound etc). Broadly speaking, they all provide a very similar type of functionality, as well as making use of their in built features, such as streaming music or ordering an uber, they also act as a hub for managing any smart technology around your home, i.e. link them to a set of smart lights and you can control the lighting throughout your home via voice, same goes for linking a smart thermostat such as a nest controller, but do you need any of this?

They aren’t cheap and their current features whilst taken in combination can make them incredibly valuable organising and lifestyle tools, with long term users often reporting that they are never quite sure how they managed without them. But looked at in isolation, there is no standout reason to rush out and buy one.

Smart home installation in the UK

Currently only a quarter of the UKs homes actually have a smart assistant of some description and figures for homes with purpose installed home automation is massively lower still. So where does this leave you as either the home owner or installer?

As the occupier of a home you are probably in the better position of the two. It’s never been easier to integrate smart technology into your home.

Whether buying stand alone items such as Bluetooth speaker enabled light bulbs that can be controlled from an app on your phone, to something more centralised using a home assistant such as Alexa, it is simple and easy to start integrating with the technology.

Name an appliance and chances are that somewhere a manufacturer will make one with some form of smart functionality that you can purchase and start to use as soon as you’ve downloaded the app/synced it with your assistant.

Okay, so it may not all work as seamlessly as dedicated hardwired smart home would, but if you are just dipping your toe into the concept, it’s an easy and relatively cheap way of doing so. The other great thing about this approach is you can add to it as you see fit, for example, you may start off with some smart light bulbs bought from Amazon that you can control using your phone, you then add a smart thermostat, then a video door bell, soon, tired of running several different apps on your phone, you decide to buy a smart home hub and consolidate everything in one place. The extra functionality offered by the assistant allows you to utilise your smart technology further and allows you to integrate more products, all of which is easy to set up taking five minutes just using your phone.

The obvious and easy choice for customers, when looking into smart home technology, is to buy smart devices that are already compatible with existing technology that they have, such as a smart phone. A dedicated hardwired smart home doesn’t seemingly offer any immediate benefits over this sort of approach. This is obviously discounting the very high end systems that are used to monitor air quality, lighting levels, chlorine levels in your swimming pool etc, for a much greater outlay.

If smart homes/home automation is something that you want to get into, then at the moment there are two realistic approaches you can take.

The first is to either sign up with or get training from a particular company on their product, for example Yale and their smart technology. This has the obvious benefit of you either becoming one of the companies’ installers or at least being on a register of trained installers that customers can search. It does however come with the obvious limitation of potentially having to find the time to actually attend the training. It is going to be down to you to decide if you think there is enough of a market to warrant investing your time and money into it.

So this leaves the option of installing wireless standalone products for your customers. But, and here’s the sticking point, is it really worth it? Or perhaps it is better to ask, is it worth specialising in it?

As it stands at the moment, it is not really viable to specialise in pure smart home offerings of this type. The sort of person who makes a purchase of a set of smart lamps is also highly likely to be the sort of person who will have no qualms about setting them up to work with their phone/home assistant etc. Equally the sector of your customer base that would not be capable of doing so isn’t particularly likely to want the sort of technology available.

Having said all that, there will be exceptions to the rule, so it is worthwhile familiarising yourself with the more common systems out there and add that knowledge to your existing offerings. Like with any business, it’s risky having all your eggs in one basket, so any means of diversifying is generally a positive.