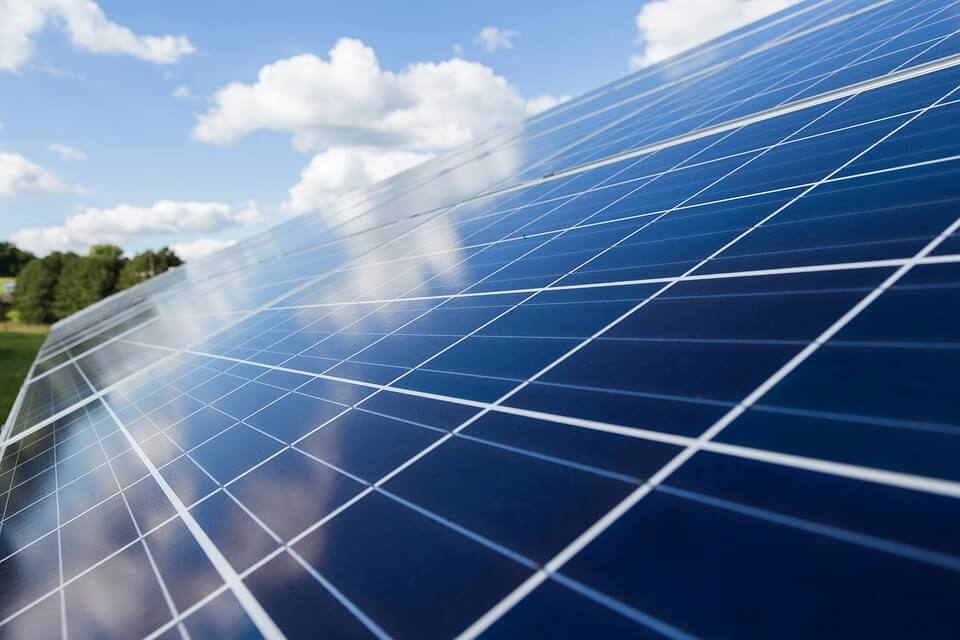 We are entering a smart home generation, where the aim is to reduce our carbon footprint and make our homes as eco friendly and self sufficient as possible.

Renewable energy sources for the domestic home is growing beyond bulky solar panels, and moving into specially designed turbines and discreet solar tiles and panels. We are taking a look at four new pieces of smart technology which could change the renewable energy market in the future.

Possibly one of the most innovative designs for solar, is roof tiles that look like a standard roof tile or panels which sit in line with the existing roof tiles.

Tesla has released solar glass tiles, which are available in 4 different styles: textured, smooth, slate and Tuscan, all offering a realistic and discreet look, while turning sunlight into electricity. They are a stark contrast to the traditional solar PV panels that decorate thousands of houses, and Tesla are already taking orders/reservations in the US and UK.

The Tesla tiles have a lifetime warrantee and it is recommended you buy the PowerWall battery storage to ensure you can also store excess electricity generated.

Residents in the UK are able to reserve their solar roof tile installation (complete with Powerwall) with Tesla for £800, which is refundable until you enter an agreement.  Tesla has reportedly said that the “typical homeowner can expect to pay $21.85 per square foot for a solar roof” which means it will be a costly installation, in comparison to standard solar panels.

Solarcentury is a UK company who are also offering a ‘Sunstation’, a design which allows solar panels to sit flush with roof tiles.

You can install the Solarcentury tiles with your existing roof, however, it is simpler to install if you are planning on replacing your roof at the same time. All installations come with a 25 year linear power warranty and a 10 year product warranty, and the panels have a peak power of 275Wp and a module efficiency of 16.82%.

The all black panels slot together easily, creating a weather tight frame and an installation can be completed in on average 8 hours. They look seamless against black slate or tiles and they also offer a battery storage solution to store any excess energy generated and not used.

Some people may not like the appearance of the large white wind turbines, despite the smaller ones you can get for your home. Enessere, an Italian company, have designed a new style of Wind Turbine specifically for family homes. It has been designed to be more of a sculpture than a turbine, and created so that it blends into its surroundings more discreetly than a standard large white turbine.

Having won the German Design Award in 2018, the specially designed wind turbine can produce up to 5,500 kWh per year, which is enough to power an average home. However, it comes at a steep price of £43,000.

The turbine is currently available to buy in Italy, with the UK and the US to follow. Wind is a hugely viable source for renewable energy in the UK, and combined with a battery installation in your home, it gives you the real potential of not relying on the national grid for electricity for your home.

In the future, they aim to incorporate AI technology to allow the turbine to learn and understand wind patterns of where it is located, so that it can then only operate during peak wind periods and turn off when there is little wind.

Solar windows are an invention that has been around for a couple of years, but there has been no mass implementation of them in the UK thus far, however there are a variety of application possibilities.

Building Integrated PV (BIPV) is ideal for block buildings, both domestic and commercial, given the large expanse of space to generate electricity, especially for new builds in large cities where councils are aiming to reduce their carbon footprint.

They provide an aesthetic finish, which is not too dissimilar to a standard window finish, and with strict planning guidelines to follow in cities, they present the perfect opportunity for property developers to utilise.

Solar windows work by collecting energy generated from the sun through a coating which is applied to the glass, and state that they are more efficient that standard solar PV panels, which only generate electricity in direct sunlight. Solar window technology can generate electricity in shade, sunlight or artificial light, all because of their positioning on the wall instead of a roof, as they can access non-directional ambient light.

Polysolar are one of the UK’s biggest companies selling BIPV and they have helped install domestic conservatories, canopies, car ports and extensions with solar PV glass. They have proposed a range of other application ideas for the BIPV film, with one of the most interesting being for the roof of electric cars to allowing for charging as you drive.

They cost on average £250 a square metre for Polysolar’s thin PV film which is in the centre of a window panel and produces an average efficiency level of 12-15%.

Could domestic homes be the next move for solar windows, to remove the panels from our roofs and turn to a more aesthetic finish?

Working alongside the solar roof tiles is Tesla’s PowerWall, the battery storage solution for excess generated electricity. If you have one of their compatible models of solar tiles installed, then you can have a powerwall installed, or you can add it on to your Tesla solar tile package.

By storing any energy you don’t use, you can also use it to charge your electric car or your home at times when no electricity is being generated from solar.

The Powerwall has a rechargeable lithium-ion battery pack, which can be used for multiple purposes, such as a power back up in case of any power outages, monitoring your energy consumptions with the Tesla app, and self power your home with solar by storing excess energy. It has been said it can store several kWh of electricity and is also smart enough to charge itself when electricity prices from the grid are low and discharge when electricity prices are high.

However, Tesla’ efficient and compact battery is one of the most expensive batteries on the market at £6,850 (which includes the Powerwall and supporting hardware). There is an additional cost for installation of your Powerwall, which can range from £950 to £2,800.

Read on to find out more about renewable electricity and how it works!