What electrical installation work can I do after becoming a Domestic Installer?

In this piece, we are going to explore the different types of electrical installation work you will be able to complete as a domestic installer.

Non-notifiable electrical work, as the name suggests, does not need notifying to your local area building control. It can also be known as minor works and includes any extensions or alterations of existing circuits or like for like replacements. Upon completing the work, you can directly issue an installation certificate to the customer.

The extending or alternating of a circuit can take place in any room in the house that is not classed as a special location, this means that this type of work can be carried out in the;

Some areas of the home are classified as ‘special locations’ however. This means that with one exception, any work being carried out in one of these locations becomes notifiable. The one exception is replacing something like for like, e.g. replacing a down lighter with a suitably rated equivalent.

In the vast majority of houses, the only special location that you are likely to come across is the bathroom. Some of the others you may encounter are swimming pools and saunas.

One of the most common changes people make in their living rooms is the location of socket outlets. These are either moved to a preferred location, or additional socket outlets added to do away with extension leads trailing everywhere.

A spur is where a socket outlet, rather than being part of the ring that makes up the circuit ‘spurs’ off of it.

You can spur a single socket off the circuit as illustrated below in these two examples. 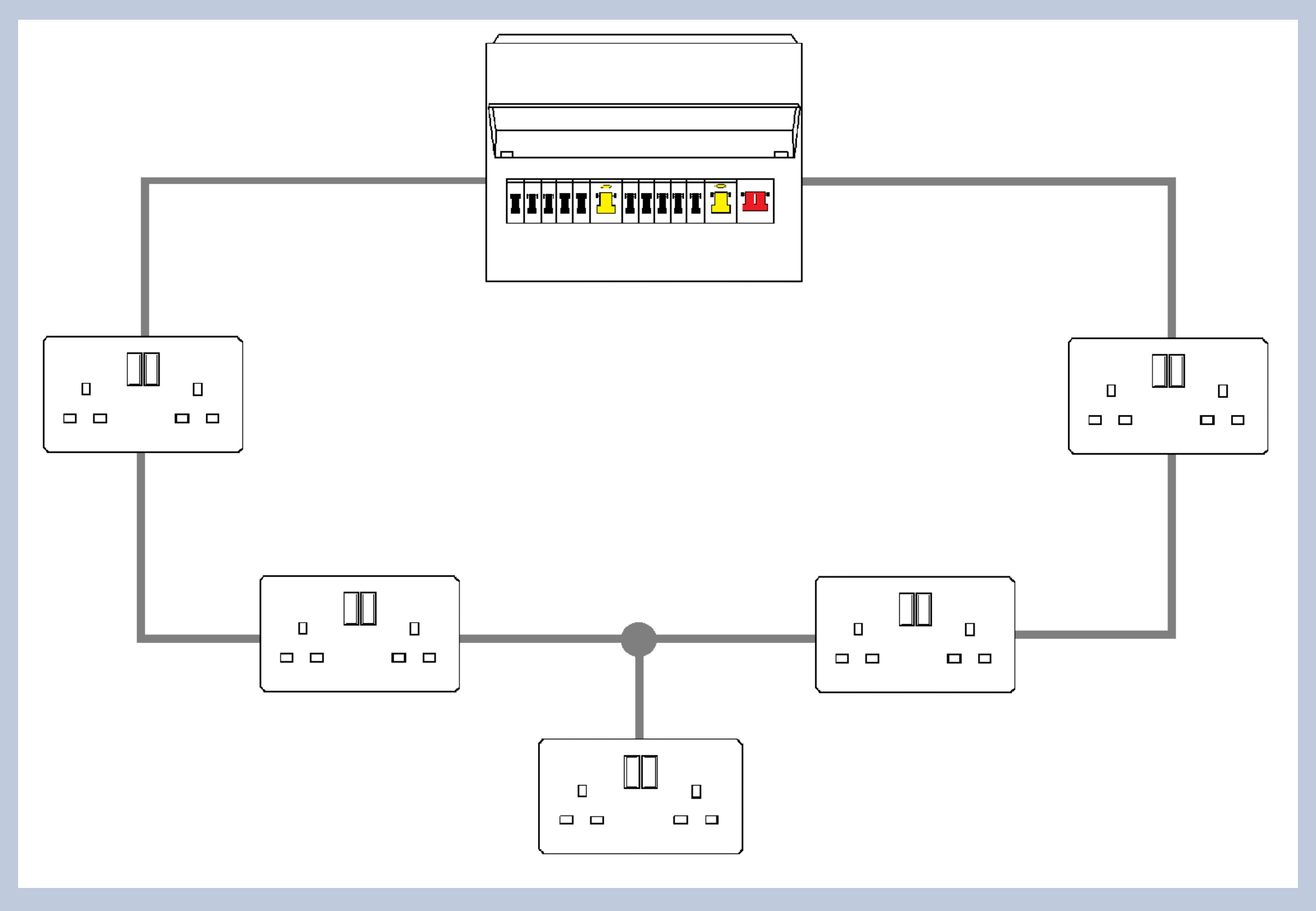 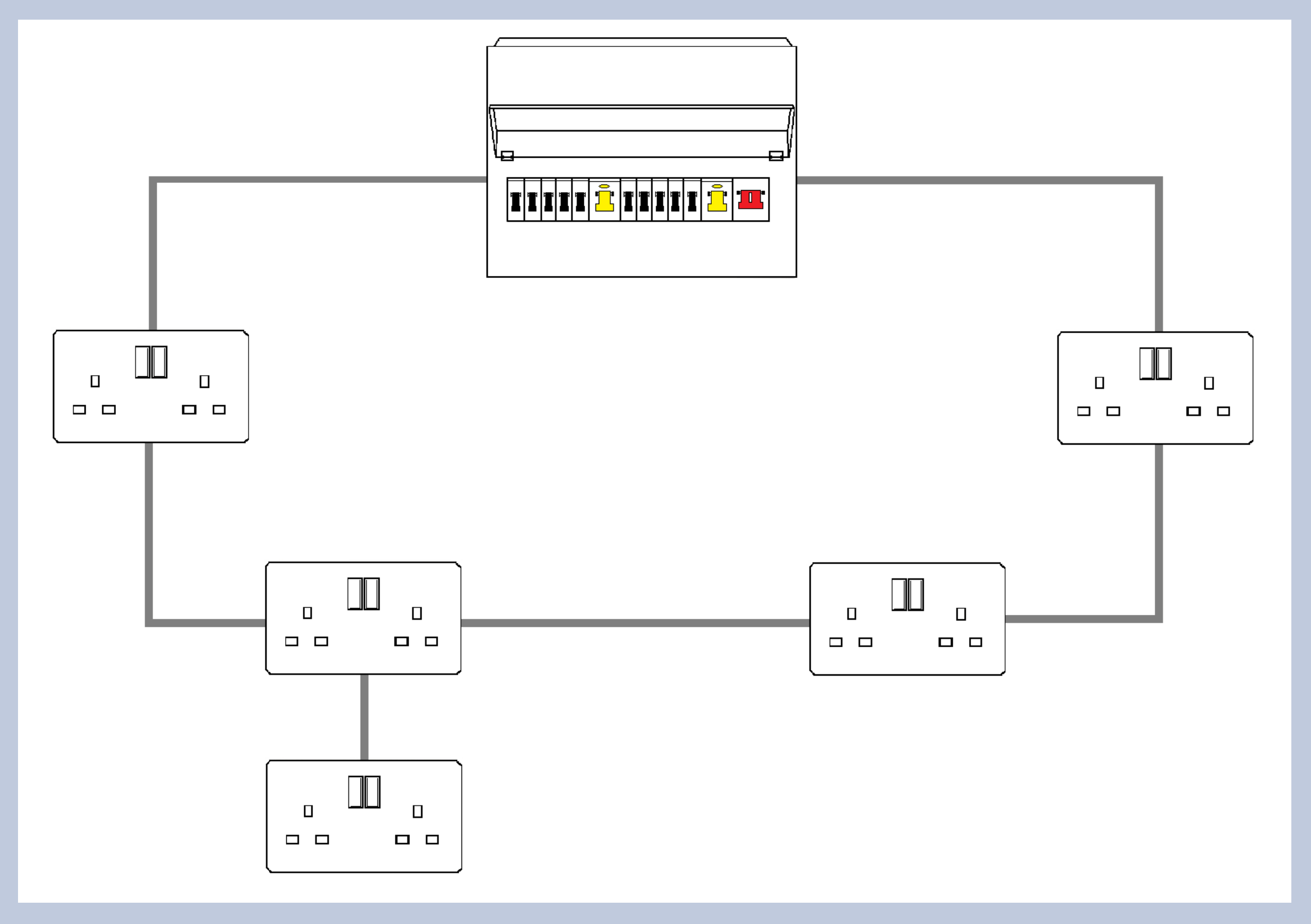 Alternatively, you could also use a switched fuse connection unit, which protects equipment downstream and allows you to fit more than one socket. 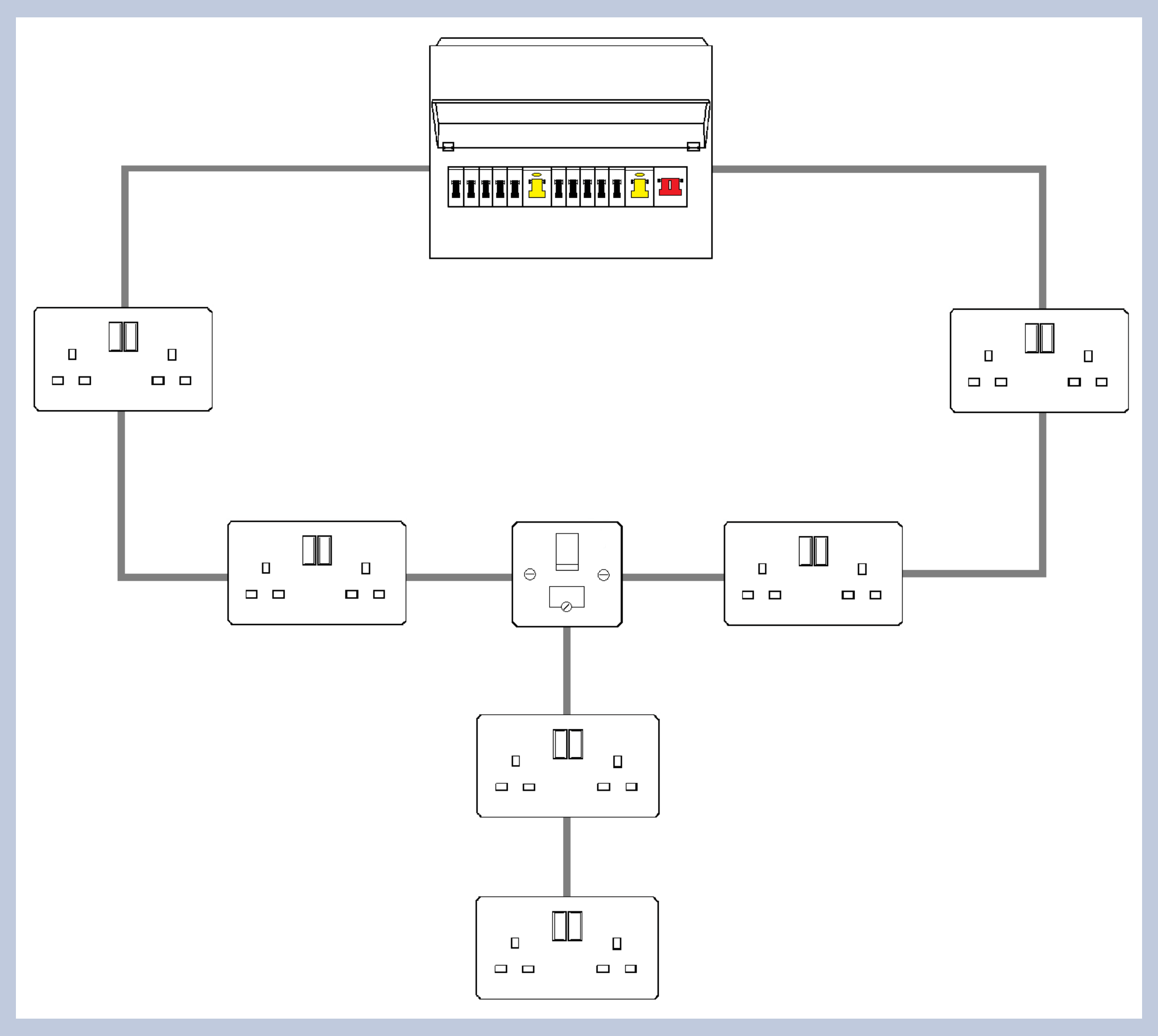 Rather than using a spur, you can also add sockets into the ring circuit like so. As you are only adding to the existing circuit this classes as minor work and wouldn’t need notifying to building control. 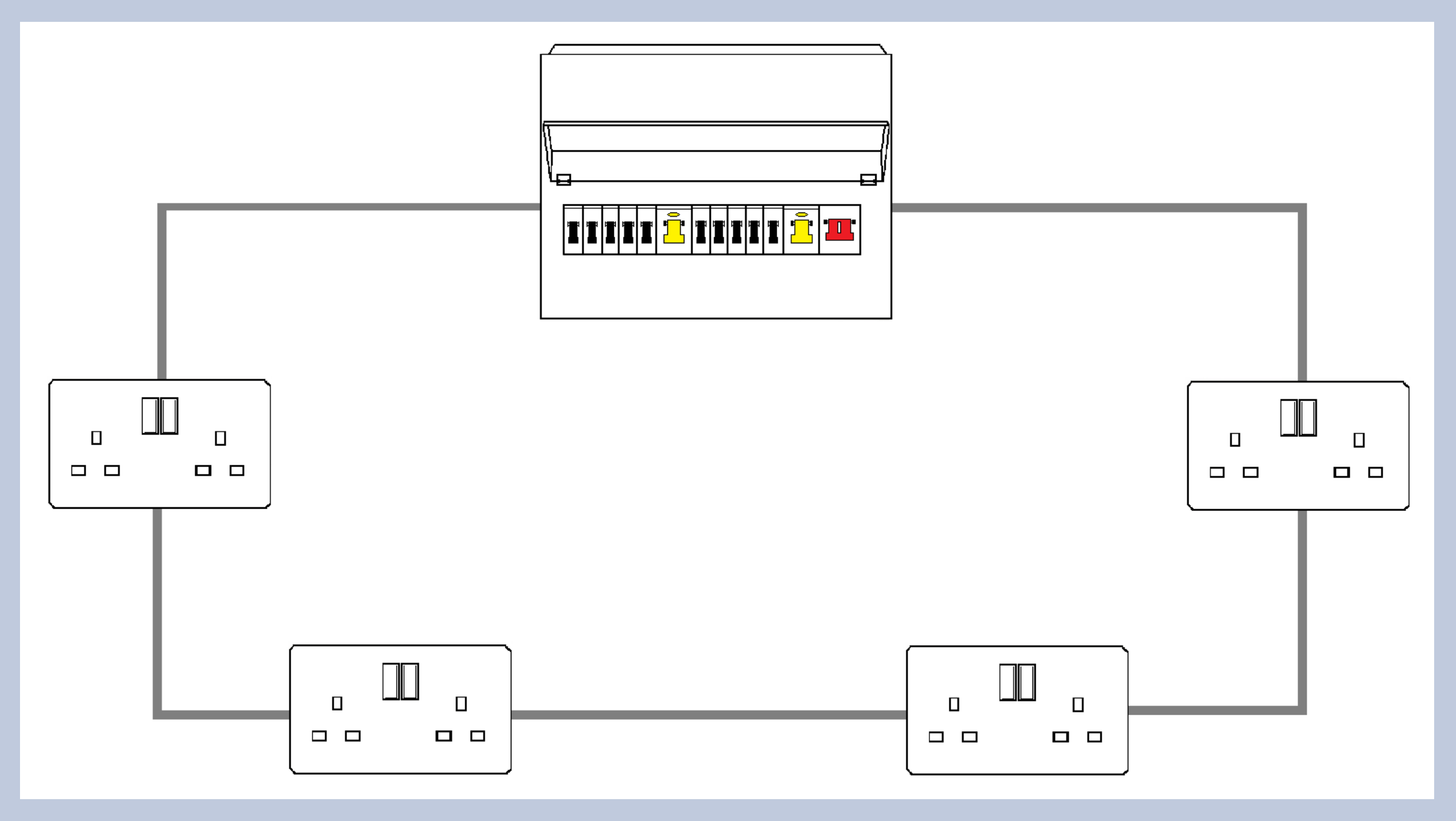 It’s not unusual for a house to have only the one light fitting in each room living room, as tastes and fashions change. However, it has become common to replace these with alternatives, such as down lighters, especially in rooms such as the kitchen.

In this example below, the kitchen has two strip lights.

This can be replaced by downlights. If the existing cable is in good condition, this can be altered to feed the downlights, again counting as non-notifiable work.

Notifiable work is classed as ‘Building Work’ under the Building Regulations and as a result will need notifying to the Local Area Building Control or signing off by what is known as a registered electrician. This is to ensure that it meets the requirements of both the building and wiring regulations.

Examples of notifiable work are:

Notifying your local area building control can be a relatively straight forward process, have a read of this article for an in depth look at the process.

Registered electricians are electricians who have joined a government approved Part P scheme provider. Upon applying to join the scheme the individual will be assessed, and if deemed competent will be able to sign off their own notifiable work without having to go through building control each time.