A troubleshooting guide to dimmer switches 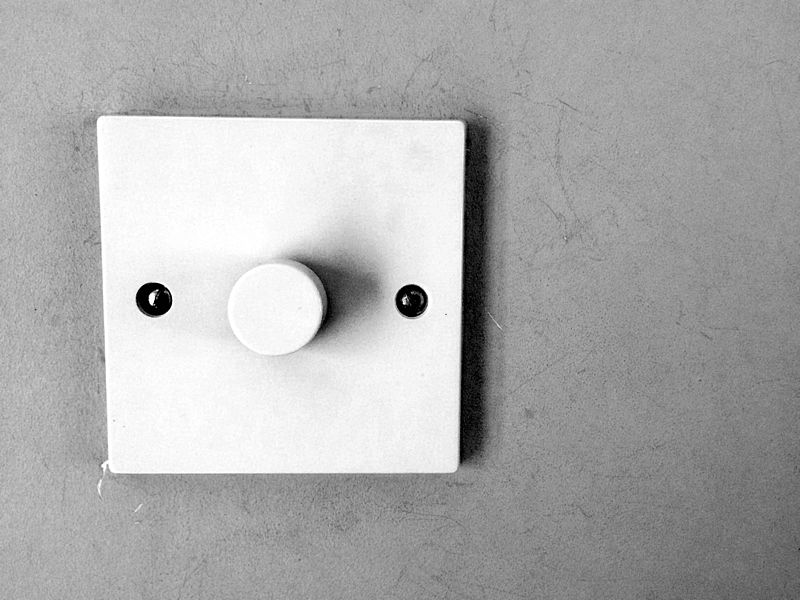 Dimmer switches have been commonly used in people’s homes for more than half a century. Now, like when they were first introduced, they can provide an effective method of changing the intensity of the light in a room to change the tone. With the introduction of LED lighting in people’s homes, reports of them failing to operate correctly have become more and more common. In this piece we are going to take a quick look at the different types of dimmers available and how to ensure you choose the correct one for your lights.

The types of dimmer switches you can pick up from a shop or online retailer come in two forms: trailing edge and leading edge. They are both types of phase cutting dimmers. They work by essentially ‘cutting’ out part of the voltage as it is delivered to the lamp.

Leading edge dimmers have been around the longest and if you have an existing dimmer switch in your home, this is what it is most likely to be.

They were the first type of dimmer that was made small enough and cheap enough to fit unobtrusively.

They use what is called a TRIAC (Triode for Alternating Current) and are sometimes known as TRIAC dimmers as a result.

A dimmer switch of good quality manufacturer should last for the life time of the installation that it makes up part of.

They are however prone to several issues that most people will have come across at one point or another:

Older, poor quality dimmer switches can be prone to ‘buzzing’ or ‘humming’ especially when the lights are dimmed. This is down to a combination of how this type of dimmer operates and either age or poor quality.

Essentially, to dim your lights, the dimmer is switching 50 times a second, modifying the AC wave form as it does so, causing the light to be dimmer or brighter depending on its position.

In a well made, good quality dimmer, this sound is so quiet as to be inaudible to all but the most sensitive of ears. In a cheaper or older dimmer, this switching can manifest as a distinctive high pitched buzzing.

As well as the audio output that is immediately noticeable, the buzzing can also cause radio frequency interference that can potentially affect radio equipment that shares the electricity supply with the lighting circuit.

This is one of the largest sources of complaints regarding leading edge dimmers and can manifest in a number of different ways.

The first is the LED light simply not working, no matter what position the dimmer is in; this is usually an issue with the dimmer itself.

All dimmer switches have an operational range which denotes how many Watts of lights they can work with. Because LED lamps use a lot less power to operate than a conventional filament or halogen, they may fall under the minimum load required for the dimmer switch to operate.

The second is flickering or flashing LED lamps, which is caused by the LED driver that converts AC to DC attempting to compensate for the varying voltage supplied by the dimmer.

With LED lighting becoming more and more common in domestic installations, this is not likely to become an issue. They are currently more expensive in the majority of cases than the equivalent leading edge dimmer switch, which isn’t a massive disadvantage. Switches are not something that are changed every few months and in the vast majority of cases, it is not until a property is re-wired that any of the accessories are actually replaced.

How to avoid problems

Research is your best friend when it comes to ensuring your dimmer switch is compatible with the lights you have or are planning on having. The majority of reputable dimmer switch manufacturers will list what equipment their switch is capable of operating.

When choosing your lights for use with a dimmer you will also need to double check their compatibility just to be on the safe side. The good news is that LED light fittings last on average 40 times longer than the average halogen or filament style lamp meaning that finding a compatible replacement is not something you will have to worry about for a very long time.